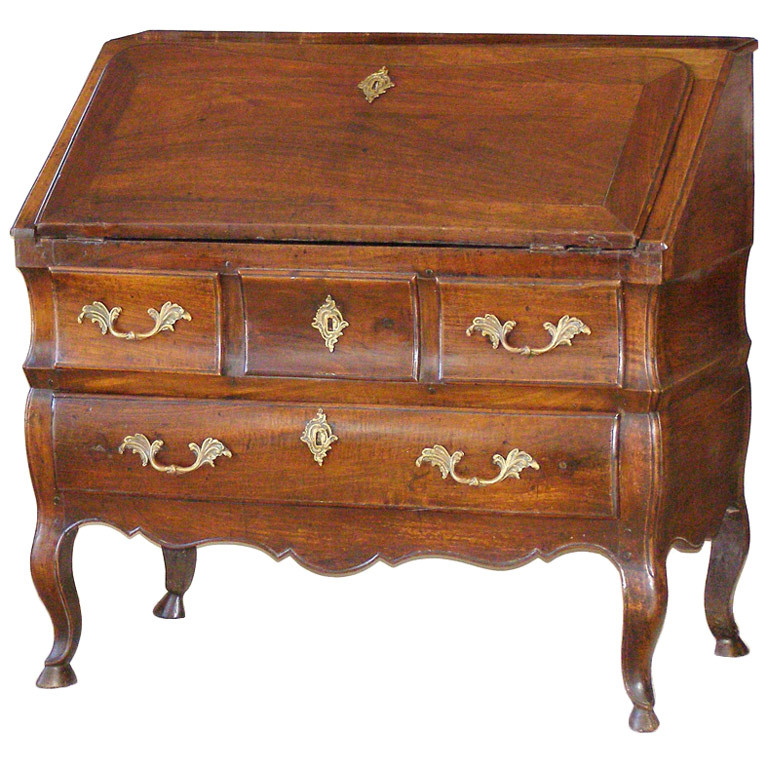 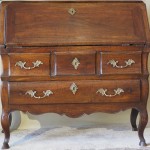 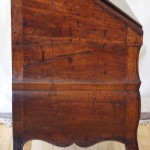 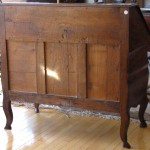 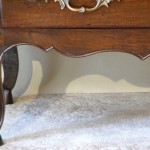 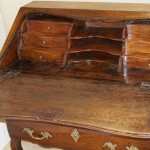 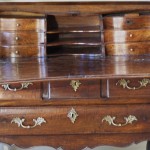 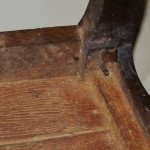 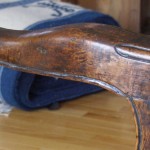 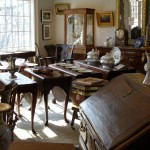 A great example of French provincial furniture (for those of you less fancy folks not fluent in French this is a country slant front desk). It retains the original hand worked wood surface (in other words, not belt sanded or scraped down grinding out the history of its surface to make it look like it just came from “Rooms to Go”) and color with a muted luster finish. I suppose one might describe the form of the case as interrupted bombe’ stylistically (pronounced like the former name Bombay for what is now Mumbai, India). The talented cabinet maker who created this used a high grade dense walnut with good figuring of the grain. It has a somewhat low center of gravity which is a hold over from the previous Regency period design preference. Evidently, from papers found inside this was until recently the property of Ambassador Joseph Verner Reed who has had a long list of accomplishments during his life. Mr. Reed was VP and assistant to David Rockefeller at Chase Manhattan Bank, appointed by Pres. Regan ambassador to Morocco, Under Secretary of the United Nations as a representative to the Economic and Social Council, appointed by Pres.G.H.W Bush as White House Chief of Protocol, and finally returning to the UN in several positions as an Under-Secretary General.

Excellent. One interior central shelf missing, the right lid hinge has been moved without patching and typically some foot extension only to the two rear legs.
The lid leans a bit towards the left front in what lumbermen refer to as winded. 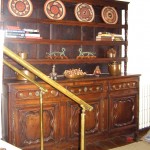 Sorry for the photos but this item is currently in storage. It is a fine quality example of a type rarely offered for sale, especially in the US. This walnut and oak example was once the property of Wanda Toscanini Horowitz, daughter of the famous conductor Arturo Toscanini and wife of Vladimir Horowits the impeccable […]