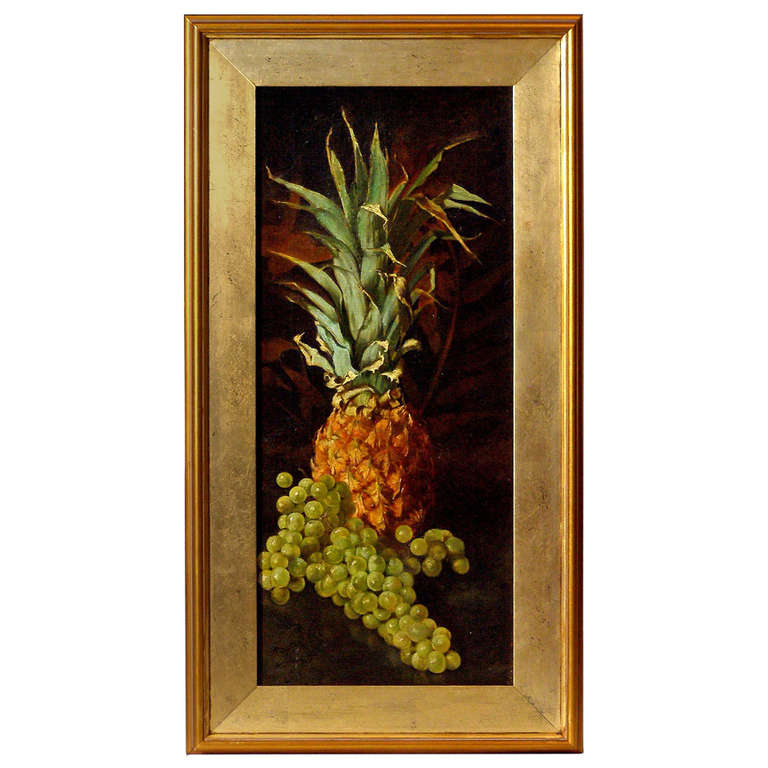 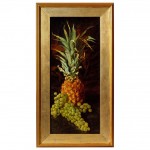 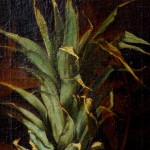 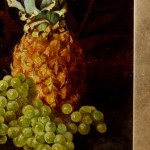 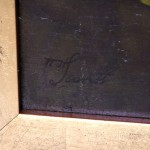 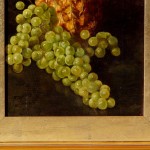 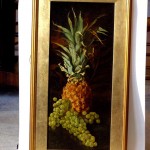 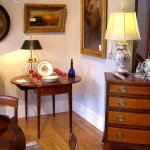 Late 19th-early 20th Century
A well painted still life oil painting of a pineapple with grapes signed by Rhode Island Artist William Homer Leavitt. (born 1868, Scituate, Mass – died Newport, RI 1951). Leavitt moved to Newport in 1880 where he became a noted society portrait painter eventually traveling to Nebraska in 1903 to paint a portrait of the noted politician and 3 time presidential candidate William Jennings Bryan. Leavitt returned to Rhode Island after marrying Bryan’s daughter and divorcing only a few years later. It was then on to Paris to study art and finally returning to Rhode Island until his death. Wikipedia has a lengthy biography and photo of Leavitt at http://en.wikipedia.org/wiki/William_Homer_Leavitt

Excellent. The painting has been cleaned, lined and has had small areas of in-painting. The frame is not old but the stretcher is the original 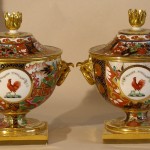 When I saw this set all I could think of was “thrilling”. The set was made by Worcester in the period of Barr Flight & Barr and Flight, Barr & Barr markings era as the pieces are impressed “BFB” and with the printed mark displayed in one photo here. The colors are dazzling and the […]