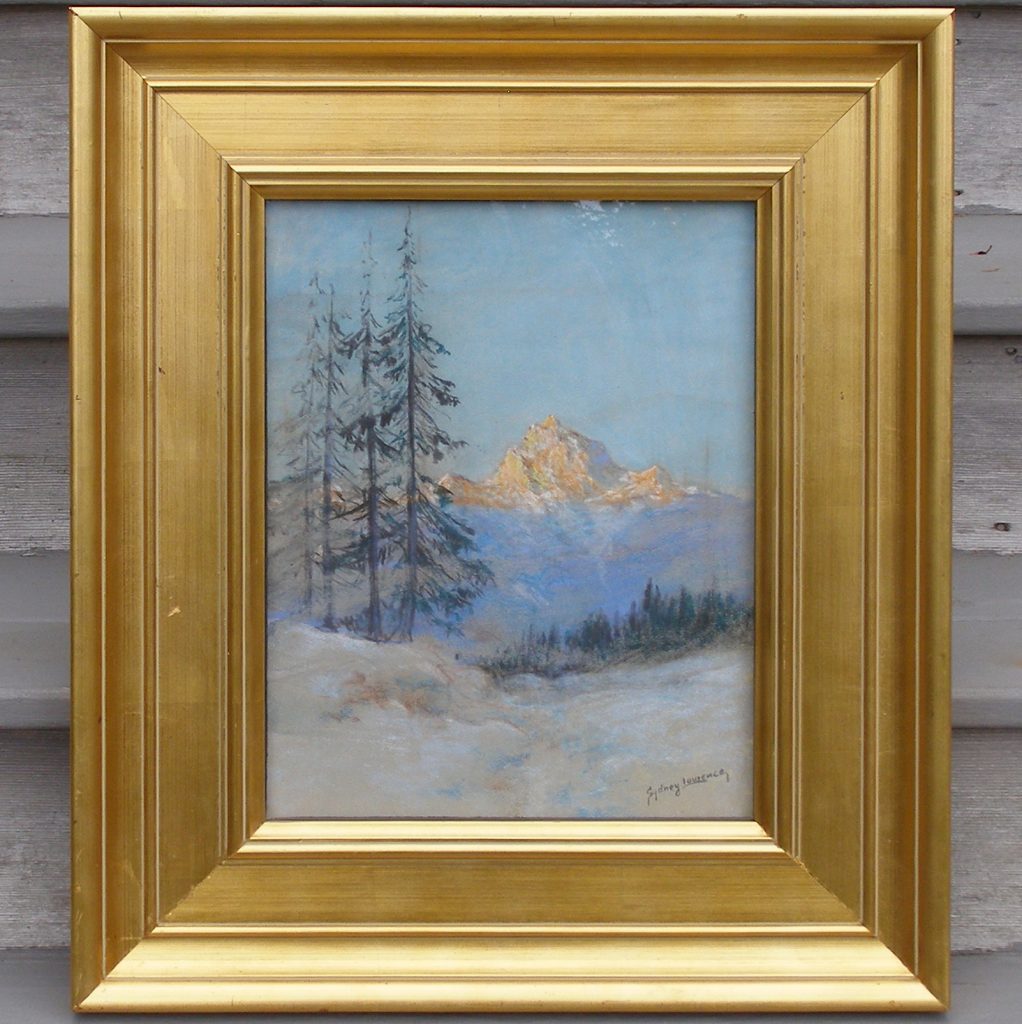 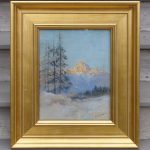 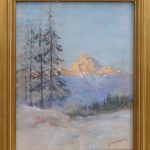 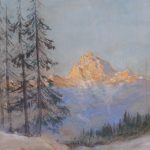 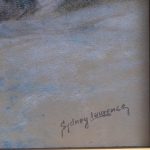 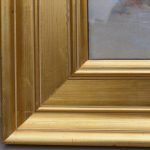 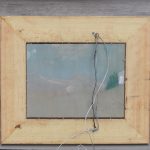 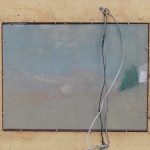 A beautiful rendering in pastels on blue paper of what is probably the region of Denali National Park and Preserve. The Park, particularly Mt. McKinley within the Park, was Laurence’s favorite subject. He traveled widely during his life from covering the Zulu War as a correspondent to painting in England, California, China, New York and lived much of his time in Alaska. Signed lower right.

It’s reported that he was the first professional artist to make Alaska his home, settling in the small village of Tyonek to prospect for gold and paint when he could. The image of Denali from the hills above the rapids of the Tokositna River became his trademark. Laurence also painted a variety of Alaskan scenes in his long and prolific career, among them sailing ships and steamships in Alaskan waters, totem poles in Southeast Alaska, dramatic headlands and the quiet coves and streams of Cook Inlet, cabins and caches under the northern lights, Alaska Natives, miners, and trappers engaged in their often solitary lives in the northern wilderness.

Sidney Mortimer Laurence was born in Brooklyn, NY in 1865 and died in Anchorage, Alaska in 1940.  He is known for his painting and illustrating career having studied under the tutelage of  Edward Moran  at The National Academy of Design and immediately after at  L’ Ecole des Beaux-Arts, Paris from 1889-94. He became a member of The Royal Society of British Artists.

There is also a rough sketch on the back which can be seen through the plexiglass backing. 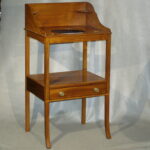 A wash stand made of inlaid mahogany in the early 19th Century from the Boston/Concord region of Massachusetts. The square form of this is a more scarce form than the usual three sided corner stands and is further enhanced by a band of lunette inlay  below the single drawer. Though the lunette inlay is commonly […]