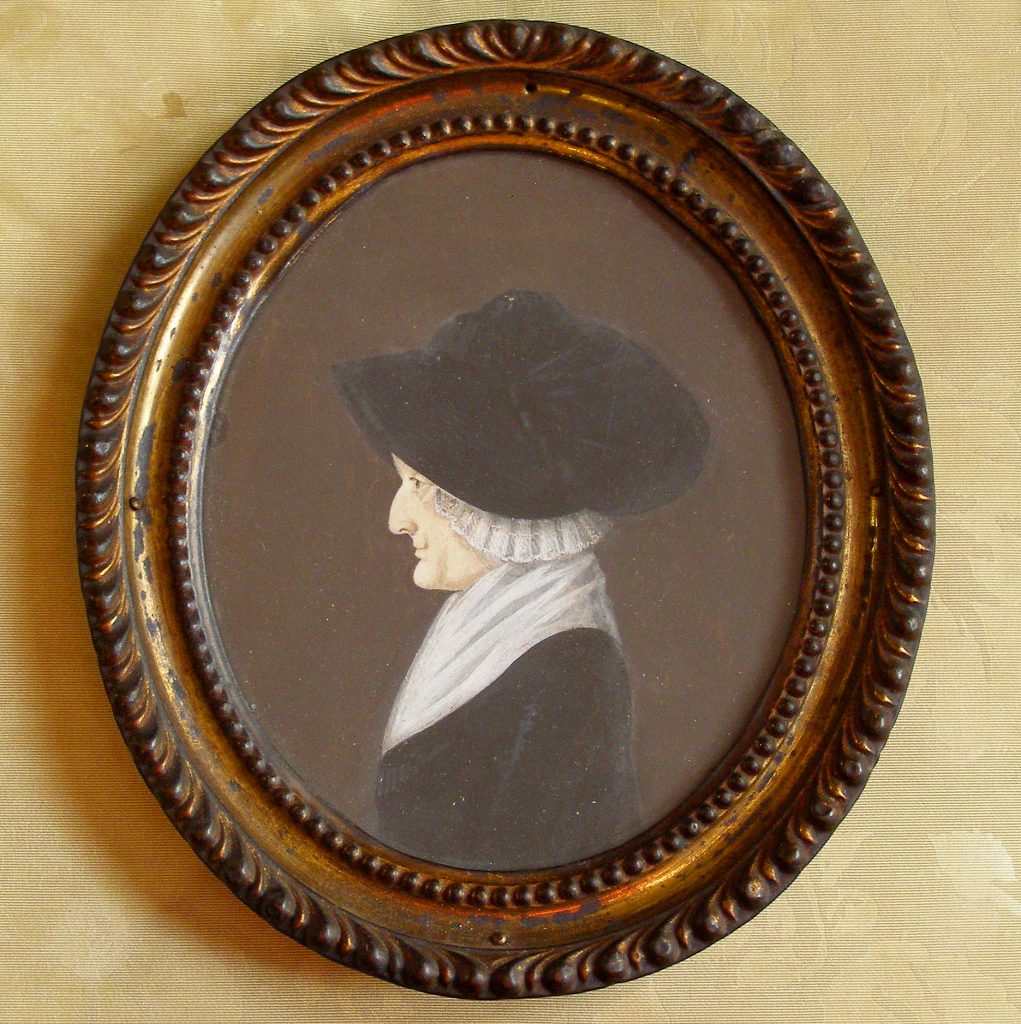 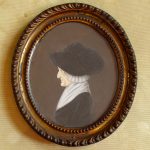 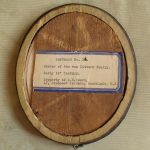 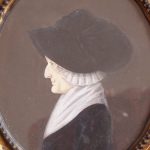 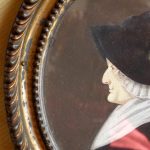 A profile gouache on heavy paper panel. An old 20th century label on the back identifies the sitter as a member of the Van Citters family. It is housed in the original frame which is capped by an embossed brass facing.

Evidently the Van Citters family is first made note of in the 15th century  Dutch town of Breda close to the nearby hamlet of Ceters where cedar trees were prevalent. The family rose in public prominence and in the 18th century were principal shareholders in the Dutch East India Company also moving into the West Indies and the West India Company. The family enterprises and wealth diminished greatly in the 19th century though early in the century some were granted titles of nobility. An online family history states that all the members of the male line eventually moved to the United States.

.Excellent. Frame facade has been left unpolished. Small piece of back board missing. 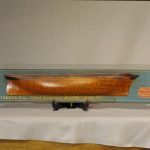 Half Hull Model of a Ship

A large example with fine detail and description painted on the hull and back board. It is dated 1856. It was possibly made closer to the end of the 19th or early 20th century.