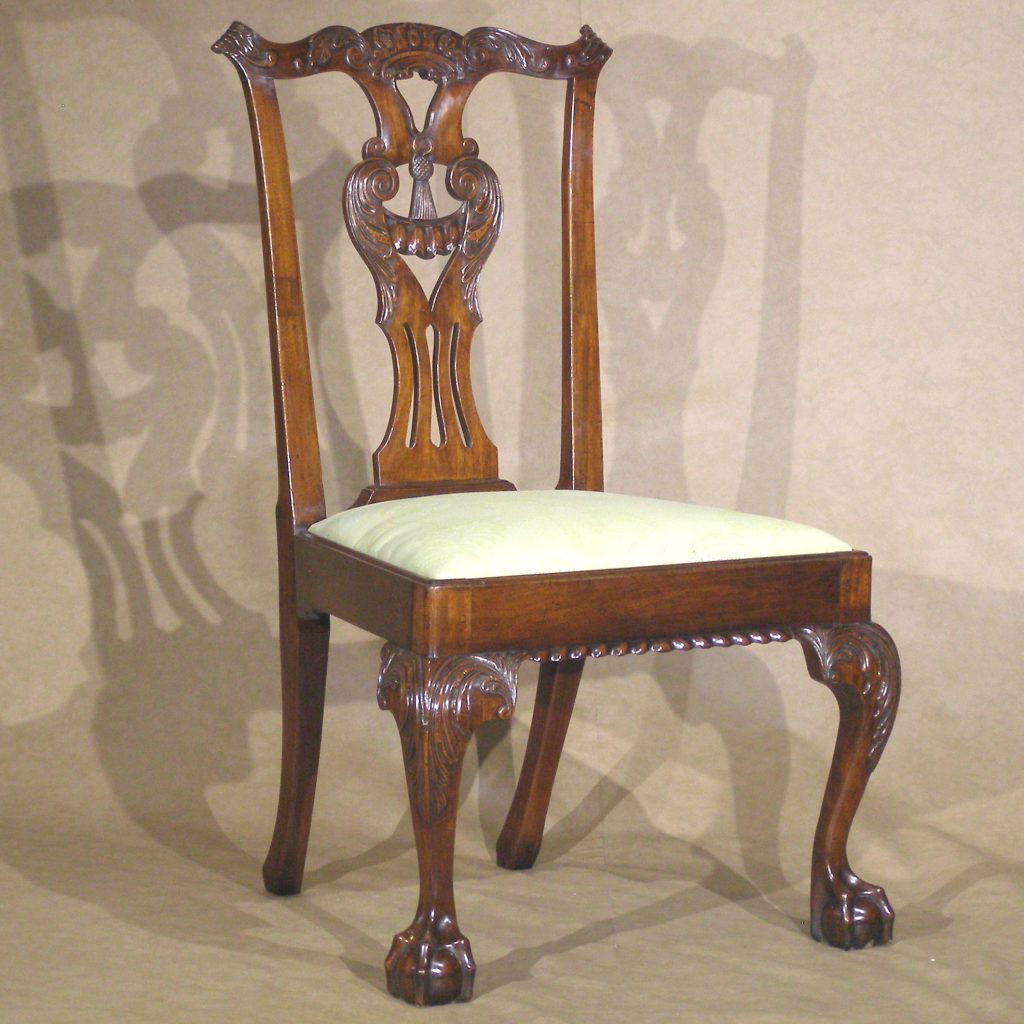 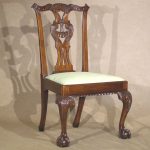 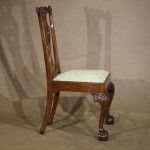 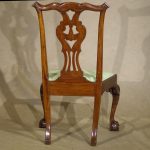 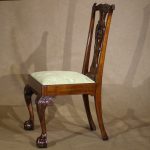 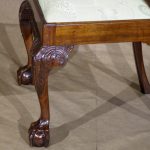 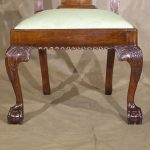 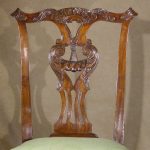 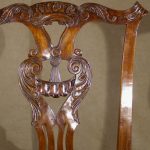 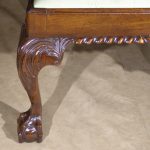 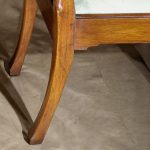 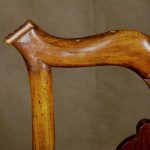 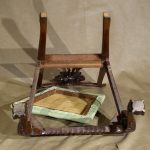 A rare New York side chair made in the late Colonial era from mahogany.  This chair is one of a small group of carved tassel back designs which has examples in the collections of The Metropolitan Museum of Art, The Brooklyn Museum and the Chipstone Foundation. Other similar examples without the pierced lower portion of the back splat are in Winterthur and Bayou Bend. The slip seat frame appears to be original and is made from cherry.

To understand the scarcity of a chair of this quality it is important to realize the total population of New York City around the time of this chair being produced was probably no more than 15,000. The cost of owning a set of chairs like this was prohibitively expensive and not many families could have afforded them. Normal wear and tear, changing fashions and war means the chances of survival are slim.

The rear support attached to the seat rail is chisel marked VI and may be part of the set exhibited in the Brooklyn Museum numbered l,II,III and V. The chair at Chipstone is numbered VII.

Excellent restored condition. All four legs have been extend approximately 1". The front feet extensions are made from the same color, density and hardness as the original and possibly taken from another damaged chair of the same set. The rear leg extensions are replaced with very old mahogany. At an early time arms had been attached in a traditional manner and long ago removed and patched. No scraping, sanding or stripping was done except to the area of the restored legs.

When the chair was acquired the lower portion of the front feet were glued and misaligned. The pieces for the back legs were missing. Much of the chair still had remnants of an old finish. The bottom pieces of the front feet were removed, re-glued in proper alignment and minor shaping and filling, scrapping and sanding at the joints. New pieces were made from antique mahogany for the back legs and minor scraping and sanding at the joints.
All four areas of repair to the legs were colored to obscure the repairs. The entire chair was lightly cleaned and French polished over the existing finish. The upholstered seat webbing had collapsed and new webbing applied, the old straw and curled hair stuffing reused and a new fabric installed. 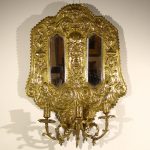 A pair of wall sconces made of cast and embossed brass. The back plates are embossed with scrolls, leafage, urn form flaming lamps and a central Bacchanalian face wearing a crown. The removable candle holders are cast. Each mirror plate is beveled. Each has a single triangular form loop on the top of the back […]