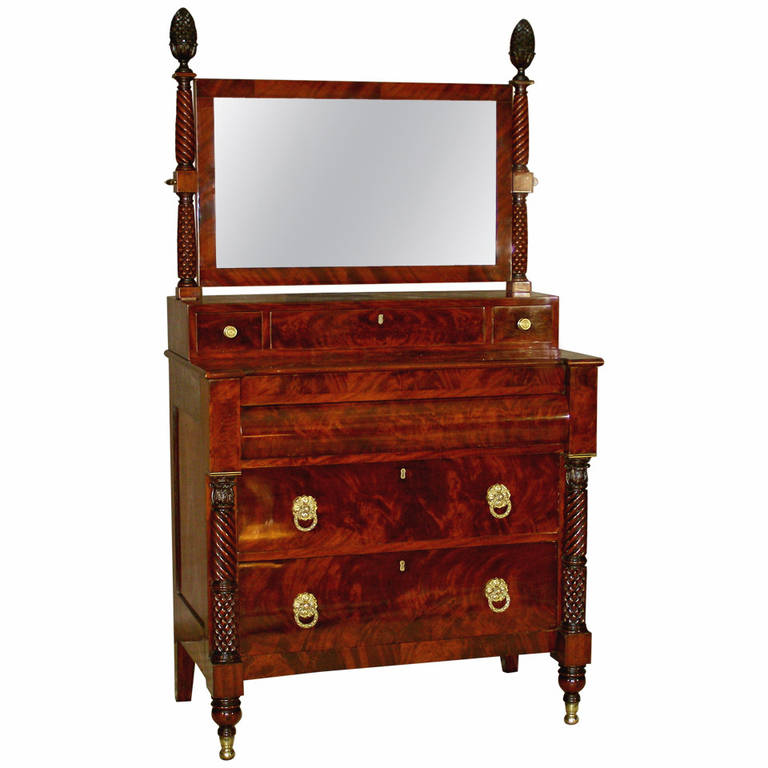 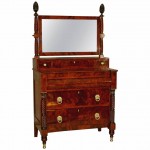 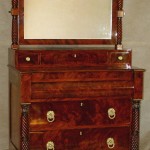 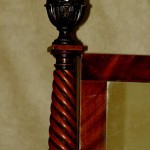 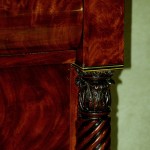 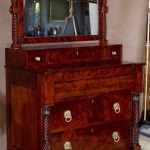 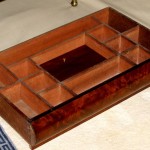 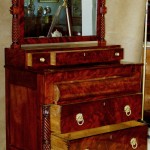 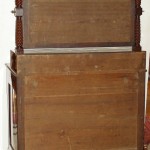 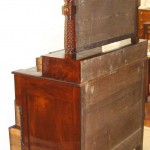 A fine and rarely encountered early example of this French influenced form that was produced in New York in the first quarter of the 19th century. Two related examples are known by the French emigre’ Charles Honore Lannuier and pictured in “Honore Lannuier, Cabinet Maker From Paris,” published by the Metropolitan Museum of Art, figure 39. It is made from the finest figured mahogany. It has been French polished but retains remains of an early finish. The carving is of the highest order. I have had several later versions of this basic form which have elements a bit heavier in proportion and rely on gold and black stencil decoration for visual impact. This one is quite restrained only having the brass feet, pulls and two lines of brass string inlay with one broad and two narrow lines of dark wood. The top drawer which has a rounded facade comes with a divided interior and a central covered compartment used for various items such as jewelry, make up, brushes and combs. 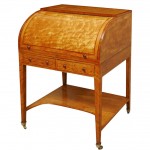 An elegant amber blond satinwood small lady’s desk. The wood is outstanding and is nicely polished.