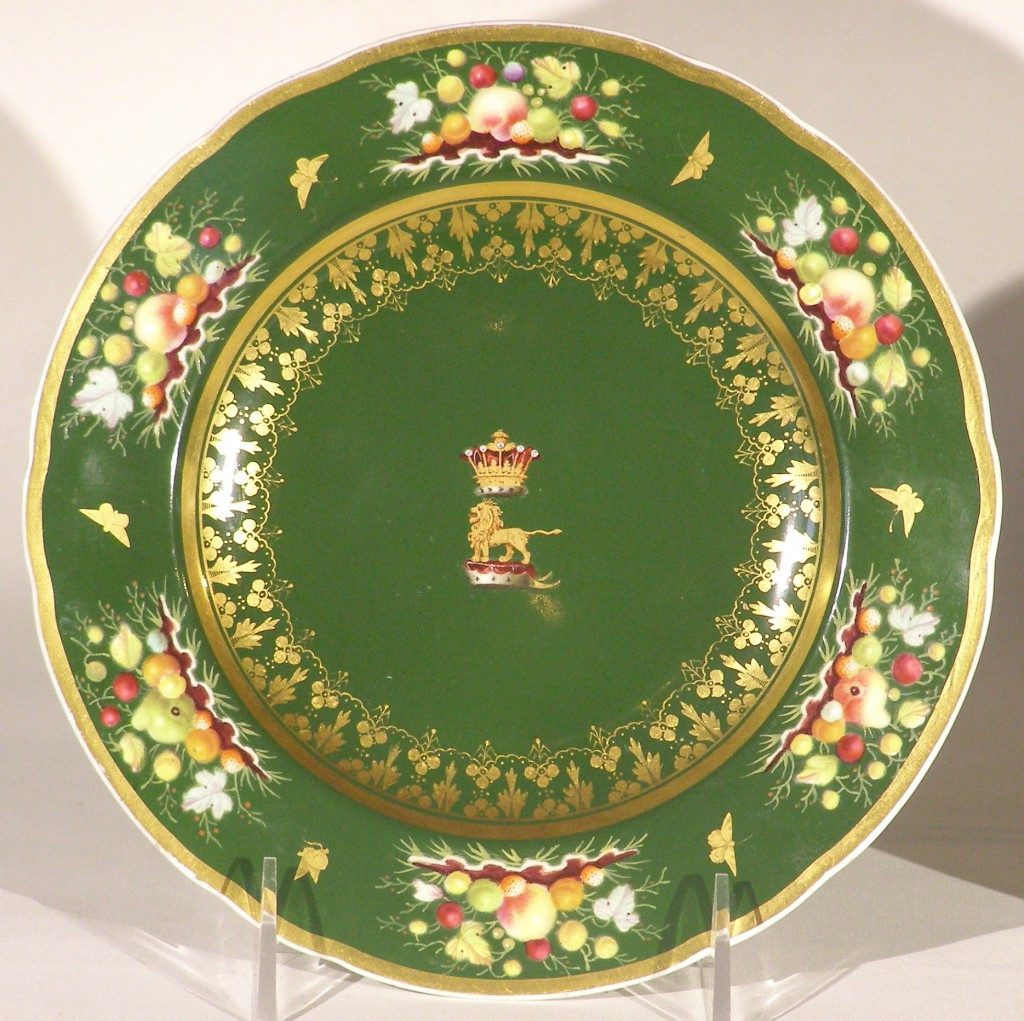 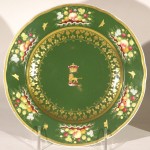 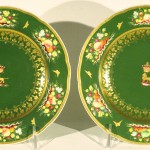 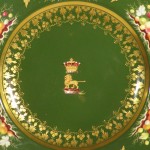 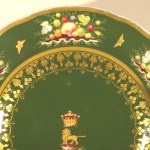 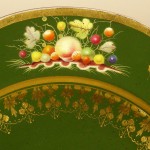 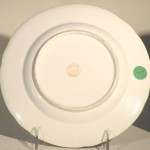 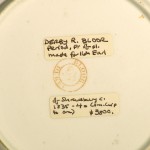 Pr. Derby Porcelain Plates Made For The Earl of Shrewsbury, Ca. 1830

A fine and rare pair of 8″ porcelain crested dessert plates from 16th the Earl of Shrewsbury service made at the Derby factory under Bloor’s management around 1830. The intense green background is set of by a broad gold line on the edge with a rim of 6 groups of fruit and leaves interspersed with a single gold butterfly. The center has an Earl’s coronet over a gold lion standing on a royal cushion.

According to Wikipedia, John Talbot, 16th Earl of Shrewsbury, 16th Earl of Waterford, and Lord High Steward of Ireland (a family title since 1446) was born in 1791 and died in 1852. Sometimes known as “Good Earl John” for his charity, having supported local schools and churches.

The condition is excellent for their age with only slight evidence of wear and one small chip on the backside of one plate.

Pr. Derby Porcelain Plates Made For The Earl of Shrewsbury, Ca. 1830 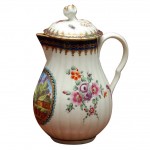 A Worcester Earl of Dalhousie pattern creamer. Not much needs to be said about it’s fine points which speak for themselves.