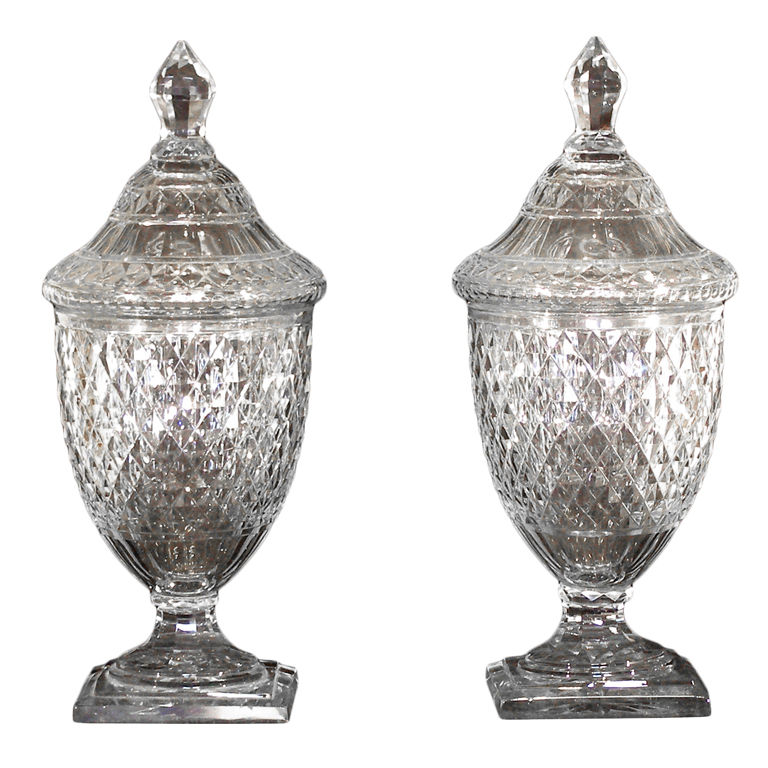 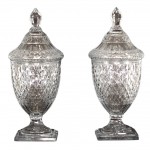 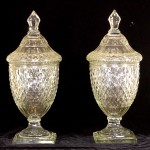 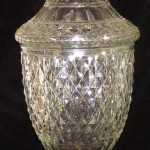 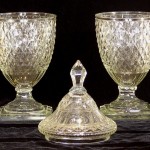 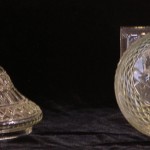 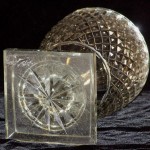 A pair of cut crystal covered sweetmeat jars in the form of diamond faceted classical urns set on square bases. They have a very slightly amber cast to them. These were made near the end of the 18th century into the 1st third of the 19th century

One restored chip on the rim of one which can only be seen in certain lighting conditions. Other slight roughage touch ups. 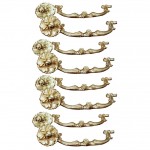 These pulls were taken from the bottom half of an English breakfront that was lacking the top section. They were behind two cupboard doors that reavealed four drawers each. They are all bright and either gilded or with their original gold toned varnish. I’ve kept these aside for the right restoration over 20 years and […]