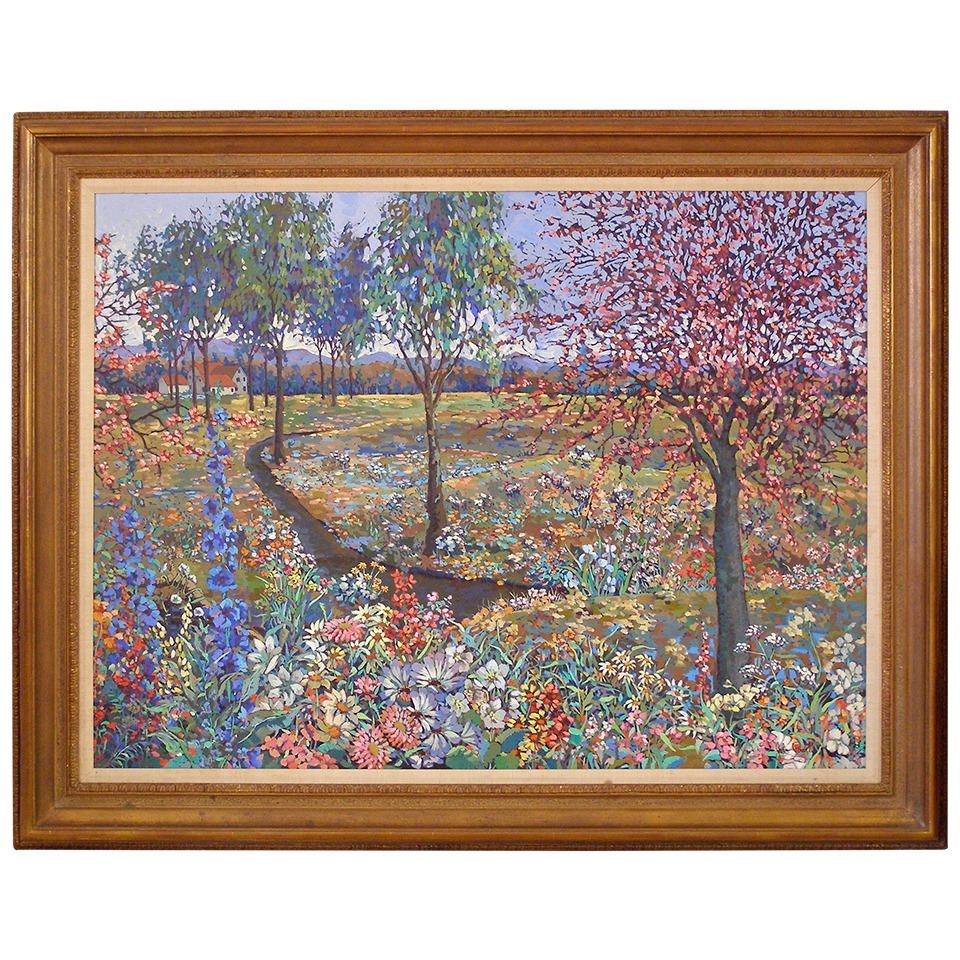 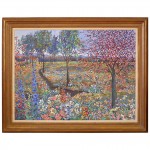 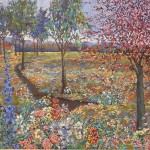 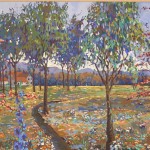 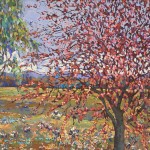 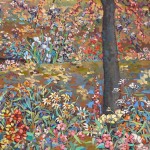 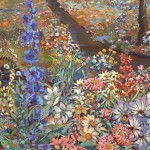 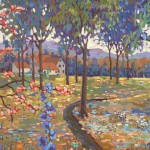 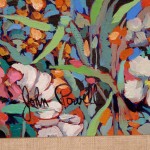 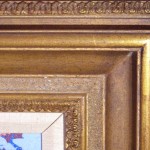 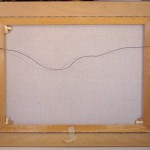 Oil Painting of Flowers in a Landscape by John Powell

Signed (LR) and painted by John Powell (born 1930 Hollywood, CA) in 1979. Powell has long been an artist to the Hollywood Stars whose new works and prints are represented in several galleries. This painting was purchased by Warren and Judy Oats (Warren was a great Hollywood character actor, dated 1982). Both Judy and Warren Oats were long-time friends of the artist and purchased many of his expensive art works over the years. I am fortunate to be able to offer this work for far less than current works of Powell sell for. Powell began his training early in life under the influence of his father, Jack Powell and later Will Fowler, a close friend of Jack’s. During John’s career he traveled to the far corners of the world where his work was influenced by The South Pacific, Japanese art and antiques. In the 1980s his work gained great favor in Japan in addition to America. “Powell has had several one man shows in the United States and Japan. He was honored by the World Federation United Nations (WFUNA) during their 50th anniversary celebration, being chosen as their artist of the year and at that time his work was added to the permanent collection of the Philatelic Museum at the Palais de Nations in Geneva, Switzerland. His paintings are included in many notable private collections as well as museums throughout the world. ” Powell has published a book displaying many of his works and life story in John Powell – His life or Visions of Paradise’ currently in print and mention is made of his friendship with Warren and Judy Oats in Warren’s interesting Biography “Warren Oats, A Wild Life” by Susan A. Compo. The sight size is 35.5” X 47.5″. The frame size is 45.5” X 57.5”

Excellent. Just some minor bumping and scratches to the frame.

Oil Painting of Flowers in a Landscape by John Powell 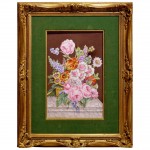 Peonies, daisies, hollyhocks, etc. spring from a basket sitting on a marble-topped table. The sight size is 11 3/8″ X 7 3/8″ This lovely painting on porcelain is not signed by the artist but bears the mark of Giraud, Limoges, France. I haven’t found much information of this particular maker but the use of “France” […]