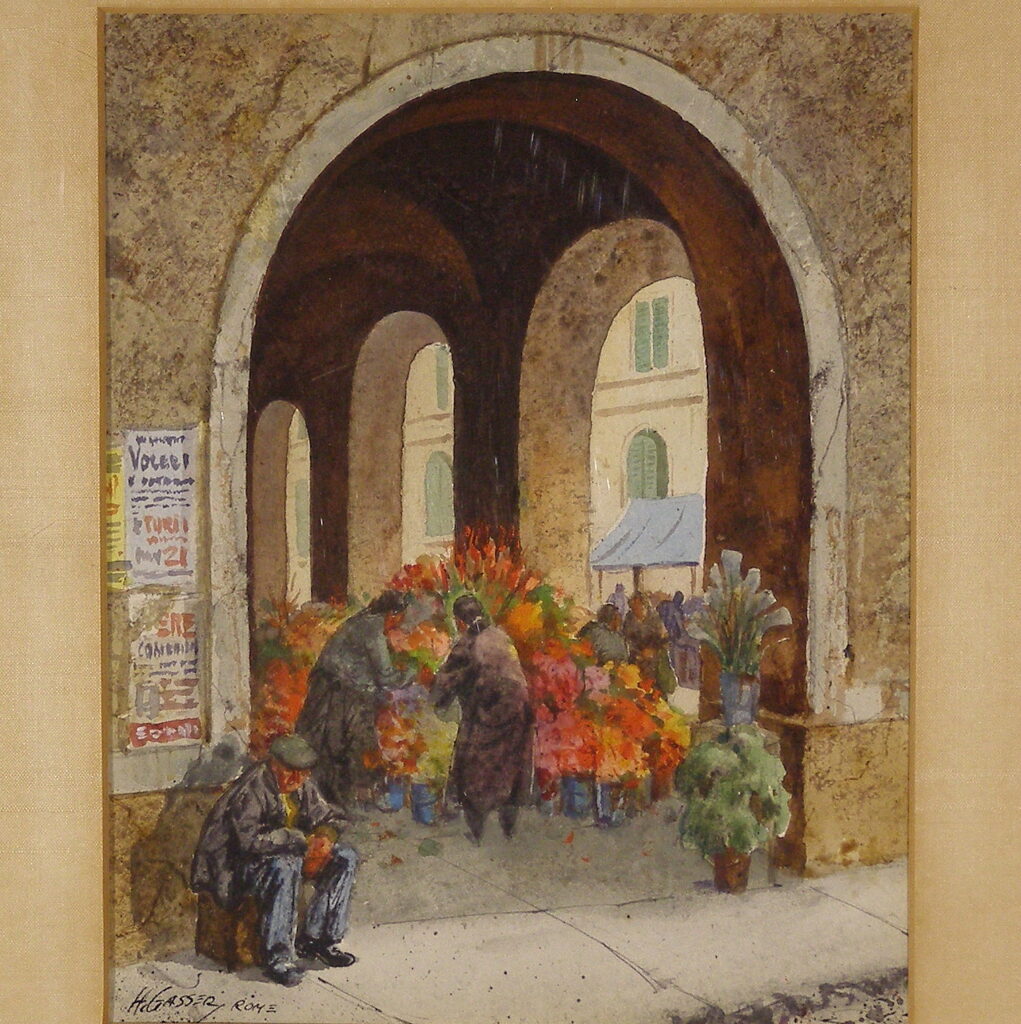 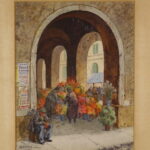 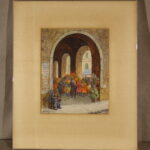 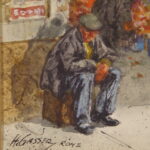 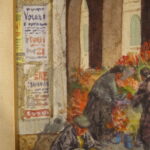 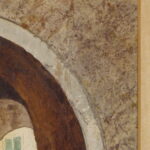 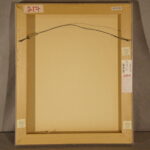 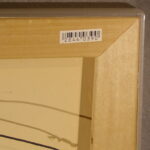 Henry M. Gasser was born in New Jersey in 1909, died in 1981. He is widely acclaimed for his water colors of common life situations in America and Europe and  classified as a social-realist painter. Aside from his better known works of humble New Jersey life he traveled extensively and often to Spain, Italy, France, Greece, Palestine, Africa and Bermuda. It is signed lower left “H. Gasser, Rome”.

During Gasser’s career he received prizes and medals too numerous to describe here. Awards were presented at such institutions as The National Academy of Design, Smithsonian American Art Museum and the Mint Museum of Art. He was a member of numerous art associations such as the National Academy of Design, Allied Artists of America, The Royal Society of Arts, The Art Students League and the American Artists Professional League. His works hang in dozens of museums such as The Metropolitan Museum of Art, The Boston Museum of Fine Arts and the Springfield Art Museum.

For an extensive biography see Brian Flon’s research for Lusher Gallery at  http://lushergallery.com/gasser-henry-martin-biography    Gasser is listed in Who Was Who In American Art.

Excellent condition. Well protected with a custom fitted 1/8" clear plastic cover for the sides and face, matted, backed and with a wood "stretcher". 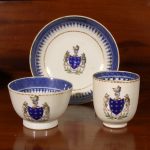 A hard to find trio for tea bearing the royal arms of Irish or Scottish origin. The royal arms are that of Baillie which has multiple variations of spelling. The motto under the shield is “QUID ASTRI CLARIUS” or “What Is Brighter Than The Stars”.