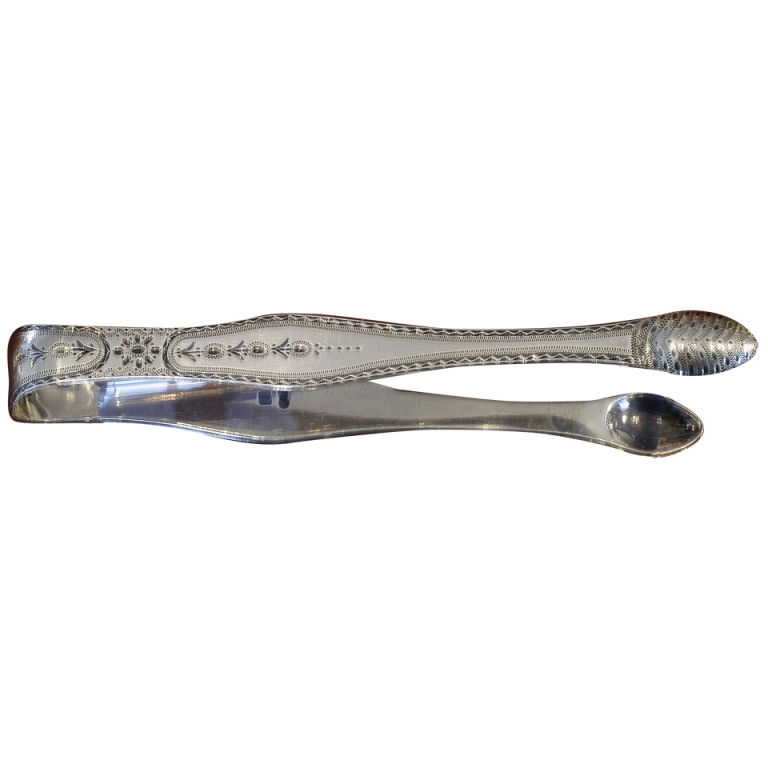 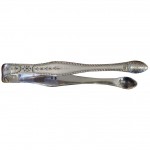 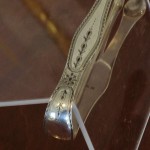 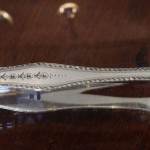 Sterling sugar tongs with all over brite cut engraved decoration made by Samuel Godbehere and Edward Wiggens whose maker’s mark was entered in 1785. Though the touch marks show the lion and king’s head there is no date mark. Stylistically it would have been made any where from the late 1780’s to the early part of the 19th Century. Weighs 1 Troy oz.

Excellent. Very little wear from polishing. The engraving is sharp and clear. 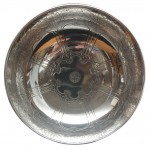 As all Tiffany, this is great quality and a heavy 21.8 troy oz. weight. The interior decoration is stylized tree forms. It is pattern #17066B which was introduced in 1907.