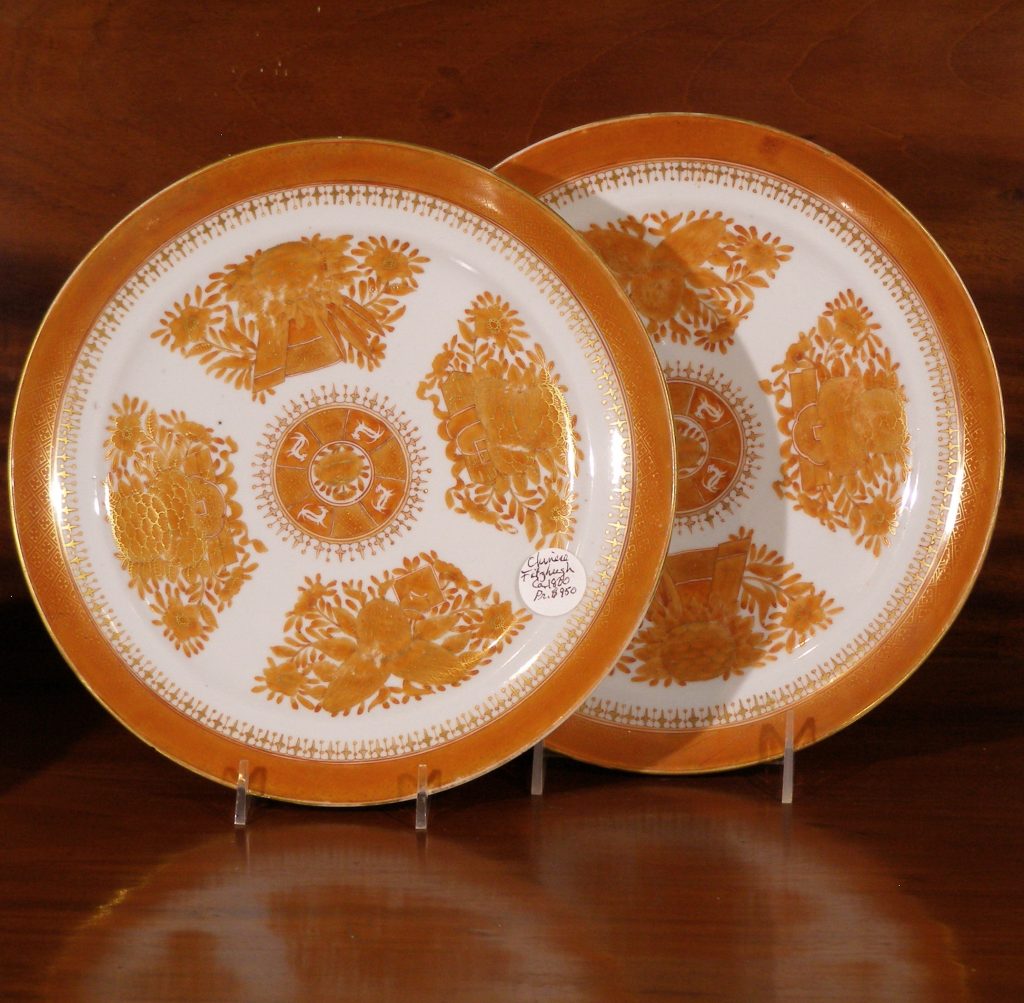 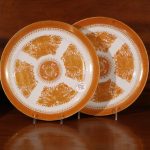 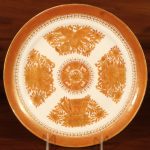 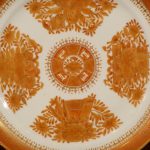 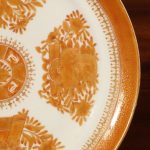 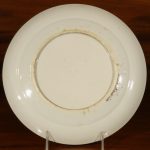 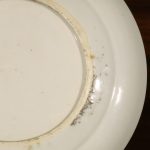 A pair of very good quality Chinese porcelain orange Fitzhugh pattern plates with intricate gold highlights. This pattern was made in several colors, blue being the most common. Once the pattern was first made, the Chinese continued to produce it into the early 20th Century.

From www.fitzhugh-genealogy.com/?page_id=43   “The Fitzhugh china pattern originates from three representatives of two generations of Fitzhughs of the English branch who became sea captains and even a Director of the British East India Company. Senior officers of the EIC were allowed to trade on their own account, and during the period 1704-1790s they shipped much of the pattern to England.”

very good ++ condition. There are a few scattered edge frits and one small rim flake, mostly to the underside. Light rubbing to the gold. 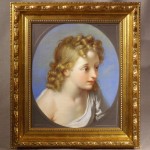 Angelic comes to mind when viewing this beautifully painted oil on canvas of a young boy. The frame is modern. Unsigned