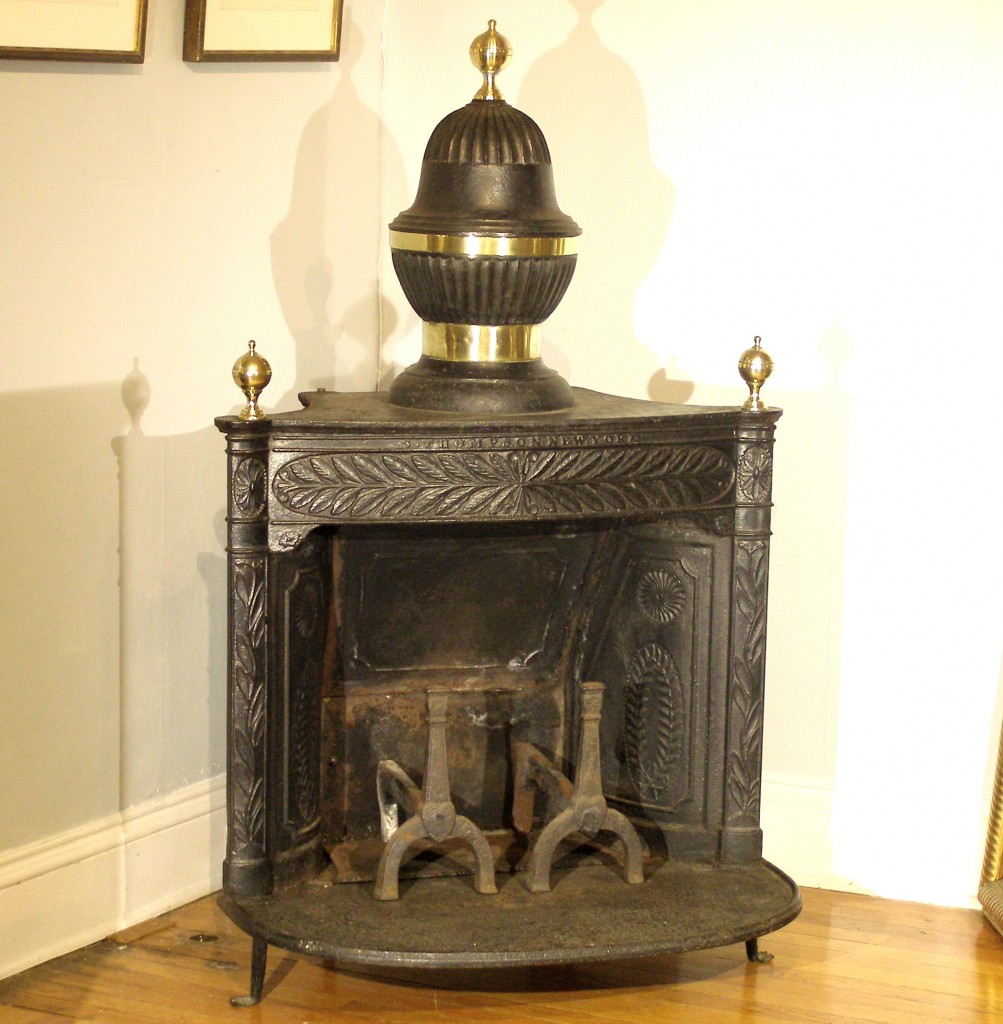 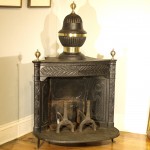 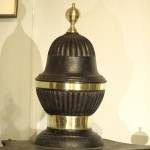 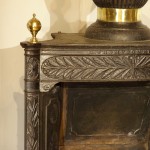 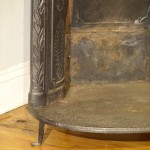 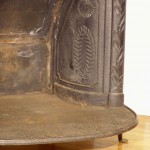 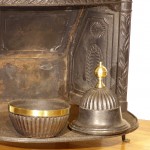 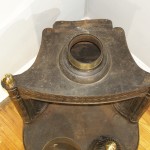 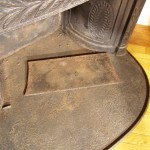 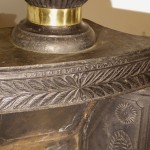 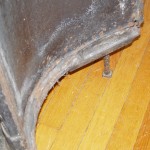 A fine example of the rising tide of American industry that swept New York State as a manufacturing power house. This example is identified in the top plate as made by “N. Thompson – New York”. Millions of cast fireplaces and stoves were produced in New York in the 19th century for use all over the US. Also known as “Franklin’s Pennsylvania Fireplace” for its inventor and American founding father, Benjamin Franklin, who designed his idea in 1740.
Sadly most of these old stoves were scrapped or hauled to dumps as modern central heat became the standard and finally coal and wood as a home fuel declined.

Overall in good condition. This is still usable but should have the loose cement removed from the joints and re-sealed. One rear foot is replaced with a nut and bolt with an old repair to the edge (see photo) by the foot. The rear smoke exhaust sleeve is a bit dinged up but appears to be sound. Included is a pair of cast iron andirons. I don't know what the use is for but included is a plate to close off the rear hot air chamber at the top. 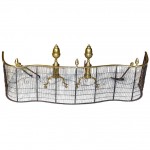 Yes this set is rare as hen’s teeth, specifically because of the extraordinary screen which will be the focal point of your fireplace. This is only the second period screen I have personally seen in over 35 years that has acorn finials. Though scarce, the more common type of finial on American screens are the […]